Plant a tree in memory of Melvin
An environmentally-friendly option 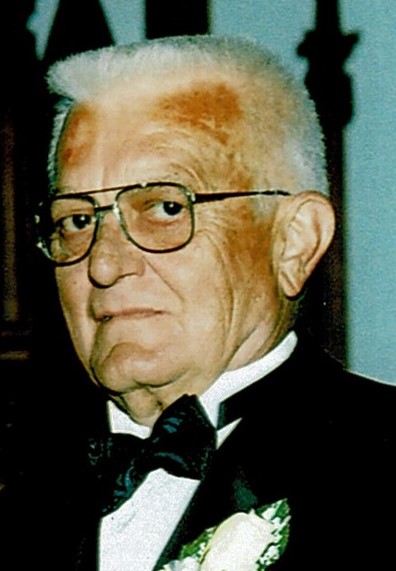 Melvin Jay "Ike" Aichholz, made his last sarcastic and probably most inappropriate comment on Tuesday, April 6, 2021 at the age of 78. Story has it, that when his Dad proposed to his Mother, she accepted, on one condition; she wanted a child. He was born on August 29, 1942 in Bucyrus, Ohio to Lloyd H. and Hazel M. (Sheater) Aichholz.

Ike’s history was pretty standard; he attended school in Attica and graduated from Attica High School in 1960, now called Seneca East High School. Shortly after graduation, he enlisted in the U.S. Marine Corp. You knew he was proud of serving; Lord knows he rocked that flat top for decades. Shortly after returning home from the Marine Corp, he started working at Pioneer Rubber in Attica. He also worked for Venice Township and finished out his working years at Seneca Tile Yard.

In the late 1960’s, he met this beautiful woman, Paula (Parker) d. 2007; who had 3 young children, Rory, Kippi and Randy. They married in 1970. And soon they had their precocious bundle of joy, Jennie (Brett) Meyers; they later divorced.

Ike worked hard and he played hard. He enjoyed the outdoors, gardening, camping, boating and fishing with his life-long companion (Miss Windsor). The outlandish fishing stories that were told (sadly they were all true and yet not a one about a fish). Ike’s fishing philosophy, if you left with a 2 liter of 7-up and a bottle of Windsor, came back with some 7-up and an empty bottle of Windsor, it was a good day of fishing.

Ike was an extremely social guy, just ask Wilson/Jackie, Ron/Neaka, Lenny/Diane, Wes/Diane, Sue/Todd and the list could go on and on, he and the gang never met a bar stool they didn’t like, especially when they were “Dock Hunting!” We must include his bon vivant, Doris Ann, d. 2014. We already know she has an “Ikie Honey Do List” waiting for him.

When you visited Ike, and the TV was on, you had 2 options; Westerns and Politics. Westerns were always safe and politics always led to arguments that he always won, because you know, he was always right.

A super casual memorial service will be announced at a later date.  If you knew Ike, he was sweats, sweatshirt, jeans, shorts, t-shirts and sandals all the way.

Ike didn’t have a favorite charity and he wouldn’t want flowers, so we as a family, ask if you would like to send a remembrance, that you make a donation to your charity of choice, in Ike’s name.

Plant a tree in memory of Melvin by clicking here.
To send flowers to Melvin's family, please visit our floral store.

Plant a tree in memory of Melvin
An environmentally-friendly option

Plant a tree in memory of Melvin

3 trees planted in memory of Melvin

I will miss you so much and you will always be my hero!
Love you more... "Kid"

A Memorial Tree was ordered in memory of Melvin J. "Ike" Aichholz by Love you more... "Kid".  Plant a Tree

Ike was a very unique person and we all enjoyed working with him!  The stories he would tell, always brought smiles to our faces.
We will miss him!

Jim Fry & Everyone at Seneca Tiles.

A Memorial Tree was ordered in memory of Melvin J. "Ike" Aichholz.  Plant a Tree

A Memorial Tree was planted for Melvin J. "Ike" Aichholz

Plant a tree in memory of Melvin